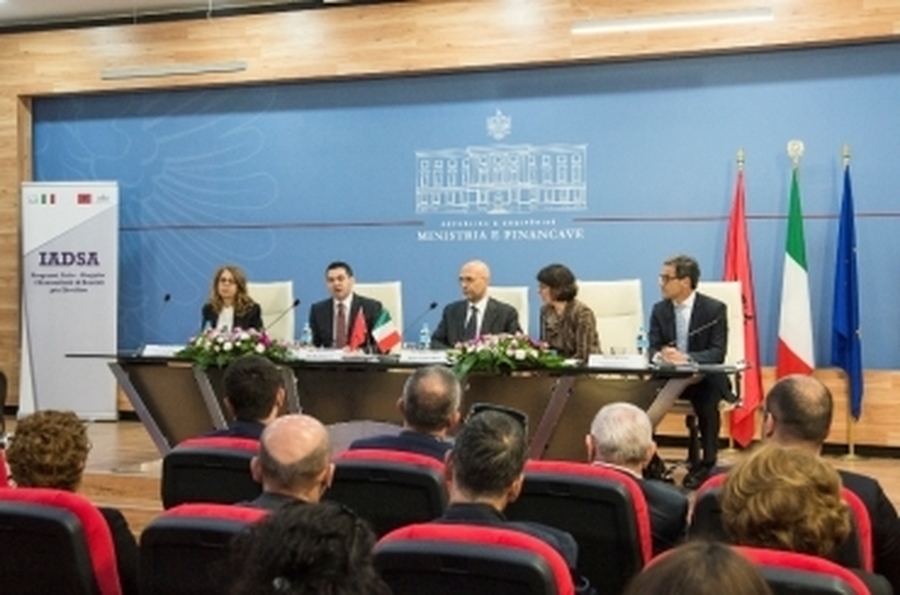 In response to the fourth Call for Proposals launched by the Italian-Albanian Debt for Development Swap Programme (IADSA) on October 14, 2016 and the terms of which were closed on last January 28, 57 Project Proposals were submitted for a total requested funding of almost 19 million Euro, mainly for projects aimed at strengthening primary education, improving basic services for children, PWDs, elderly in difficulty and also several initiatives were proposed in favor of young people and others aimed at supporting social inclusion of vulnerable groups and favouring youth employment, territorial development and promotion of sustainable and responsible tourism to exploit unexplored territories, protect the environment by creating new job opportunities in areas of emigration.

On May 18 in Tirana, the Italian Ambassador, Alberto Cutillo, and the Albanian Minister of Finance, Arben Ahmetaj, have awarded 11 new Projects that have received the highest scores at the end of the process of joint evaluation of the submitted proposals as determined by the Management Committee of the IADSA Programme. Present the eleven Mayors grantees of funding for the winner projects, among them the Mayors of large Albanian cities like the capital town of Tirana, Fier, Shkodra, Elbasan. They attended jointly with the representatives of their Italian and Albanian partners. In his speech, the Ambassador Cutillo reaffirmed the fundamental role of Italy in support Albania, where the Italian-Albanian Debt for Development Swap Programme (IADSA) is an effective instrument for cooperation helping to create synergies between Albanian and Italian entities, between public institutions and the different segments of the civil society. In addition, the Ambassador Cutillo announced that the two governments have successfully concluded negotiations for the signing of a new debt swap agreement for an additional 20 million Euro also aimed at supporting the implementation of the social policies of the Albanian Government.

These 11 awarded Projects will be financed from the IADSA funds of the debt swap for a total of about 4 million Euro in addition to the 31 projects already funded for a total of 11.7 million Euro, of which 13 projects were already brought to completion. These 11 new projects aim at improving the school infrastructure in three Albanian municipalities contributing also to eliminate architectural barriers that prevent access to children with disabilities; another project directly deals with boys and girls with disabilities to favour their social inclusion; a project will provide basic health and social services to the elderly in difficulty while three other projects aimed at favouring young people active participation by creating new spaces fully equipped to encourage their socialization and to enable boys and girls to express their potential and creativity; a project submitted by the Municipality of Tirana is designed to improve a Roma settlement on the outskirts of town to ensure its full inclusion in the urban context; while two other projects aimed at territorial development and promotion of responsible and sustainable tourism in unexplored and marginal areas of the country. Italian partners of the Albanian Municipalities proposing these 11 Projects are the Municipality of Bari, the Municipality of Trieste and the Italian NGOs: OXFAM Italy, CESVI, ENGIM, VIS Albania, IPSIA.